Returning Empathy to the Discussion 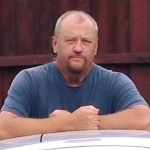 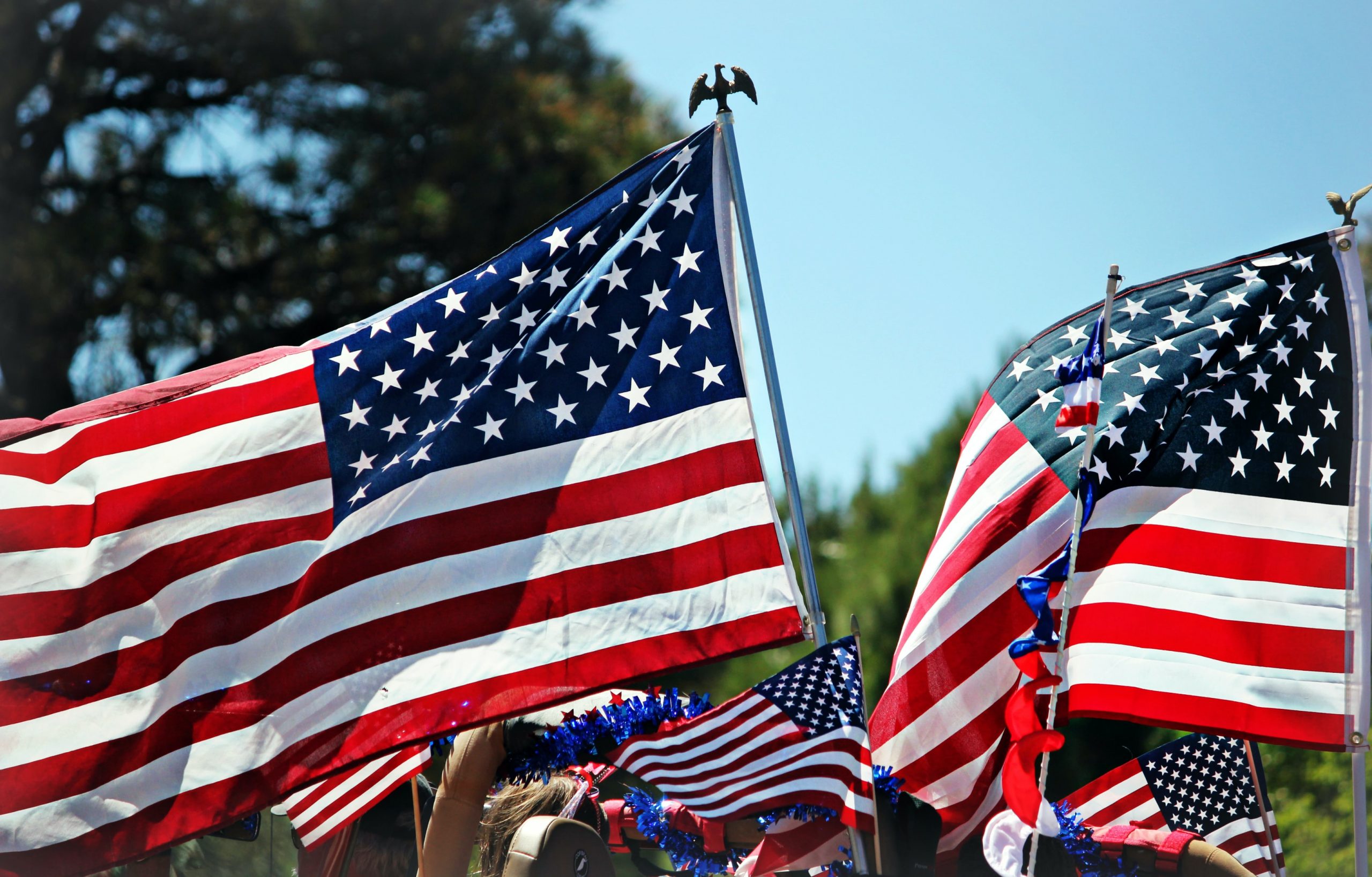 This anti-racism movement is missing a crucial part of the human experience.  It’s missing heart.

Say you live in 1795.  You are a man of some means, having worked hard and gotten a good education, and now you’re a landowner with an agricultural product or products. This, by the way, is the origin of the idea of property tax. Before the Industrial Revolution, property was how you made MONEY, and that is why you got taxed. Today, almost NO property earns revenue for its owner. Property tax ought to be abolished.  Millions of American homeowners pay a tax whose origin lay in the use of property to generate revenue, and of course nothing of the kind happens in suburbia.

But you, my friend, live in 1795, before the Industrial Revolution.  Land is revenue.  There are no powered implements that make farming and agriculture easier on a large scale, but there IS a 5,000 year old institution, brought here by the English about a hundred and seventy five years earlier, to manage labor. It is now an unpopular institution nationally, particularly among the Christians whose bibles say God created man in His image and likeness.

But where you live, slavery is normal.

A few wandering preachers bring it up occasionally, but they move along, and nothing changes.  Slavery, where you live, is simply how things get done.  And since there are no railroads or telephones, the thing that is normal in your area remains normal for a very long time. And local law supports it; you cannot FREE your slaves.  They will simply be rounded up and sold, and you yourself will be in some legal trouble for causing strife in the system which its architects have gone to some trouble to protect.

It will not help the SLAVES to free them, as they will simply be fugitives to be dealt with harshly as a lesson. And if you have a family, and wish to provide for your family and leave them something, you’d best not get too crossways with the “system” either.

So there you are, a slave owner in a world where slaves are slaves and owners are owners and there is no changing that social reality. It is not even a dream to be able to free your slaves. It can NEVER HAPPEN, as far as you and all the people of your region know. It’s a non starter. Trying to free slaves brings down cruelty and suffering on them, and eventually, on you.

And yet… you want to be a GOOD MAN, to please God, to do the right thing.  Freeing your slaves is a PUNISHMENT to them, in the world you inhabit.  So how do you do right? How do you please God? Slavery is an intrinsically cruel institution, but most people are not evil, and that includes the people of every age and circumstance. Most people did not THRIVE on being cruel and unjust; most did not ENJOY the suffering of others. That is a pathology, yes, but… most humans are not thus afflicted.

We are told today by BLM and Antifa that slavery was absolute cruelty, totally wrong, and anyone who participated needs to be erased from history. They want to even erase the IDEA of it, to get rid of Lincoln and the great abolitionists. To make America as if there never were slaves.

1) how will future generations know to be outraged about it, if they cannot locate it in history? And how will we avoid doing it AGAIN if we cannot refer to it in our past? How will we learn from it?

2) What about the genuinely good people in that region, that culture, that circumstance, who did the best they could do, morally? Was it possible to treat your slaves well, and have something like love between slaves and owners? Loyalty? Gratitude? The institution itself seemed like it would go on forever, as far as most people in that culture and region could tell.

Human beings are a mix of good and bad, and this has not changed. So what about the people who were not cruel, but rather found ways to be GOOD in spite of the circumstance?  Where is the forgiveness, the natural human instinct to give good people a second chance?  Can slave owners be redeemed?  Did any redeem themselves during their lives?

I know one biography of a famous man who opposed slavery, made a political career of that position.   This man, though, acquired a few slaves by marriage, and did the best he could… educating them, taking the elder man of the family out of bondage and labor and teaching him to read and write, making him a personal secretary, trusting him to manage the papers of his law office, giving him the freedom to earn extra money for his family by doing paid work for other people.  When emancipation came, the former slave became a teacher, founded schools and ran for political office, which he and his sons held for many years.

That is Sam Houston’s story with his slave Joshua.  They were more like brothers than master and slave.  But this tale came very late in the story of slavery, mid 1800’s rather than my chosen year of 1795. I picked that earlier year to put out of reach any thought of the coming emancipation.

There were many early Americans who were disturbed by the cruelties of slavery, including some of the founders who were opposed to it. They agonized, knowing that if they tried to ban it, they would lose the south, and they needed the men and the economic productivity to defeat the British. In fact, there were founders who owned slaves WHILE personally opposed to slavery.

That happens when you are “a man of your times”.

But one must recognize that there are many, many good people who lived in the age of slavery, and some owned slaves. They did the best they could to be good, to please God, to be kind and not cruel.  It is unlikely any actually dreamed of slaves being free and equal.  Their culture would have simply dismissed any such ideas.  It would have been similar to wishing that human beings were ten feet tall or lived forever.  It was the realm of fantasy.  But good people found ways to be good within an intrinsically evil structure, one they did not create and were not happy with.

The left sees this issue like 12 year olds, binary and void of any middle ground and lacking any human insight.  No room for forgiveness, no second chances, just personal destruction, for people in the past AND the present, who are not sufficiently ANTI racism.  To not BE a racist is no longer good enough.  Now the fanatics are saying that if you’re not for them, you’re against them.  Strangely, they want the past destroyed, while simultaneously demanding that we never forget it.

They will be disappointed at one of those two outcomes, if not both.

I reject any movement with such a paper-thin, binary, 12-year-old’s understanding of human nature.  If there is no room in an agenda for forgiveness of past sins, for treating adversaries as fully human beings, then there is no room in that movement for me.  I want no part of an order that reduces people to simple yes/no choices and gives them no chance to explain, only the chance to kneel and swear some kind of oath of loyalty.  Part of being American is remaining on your feet when ordered to kneel.  I know my own sins very well, better than anyone, and I know I am no racist.  I need no lectures, I will abase myself before no-one, and I kneel only to Christ.

Show me a place where they are in power, and I will show you a shortage of necessities, and a great campaign ad… against whatever party is on their side.

Lived in Perth, Western Australia for several of my childhood years, grew up in Texas and several other states, moved to Belgium at age forty and spent several years seeing the rest of the world and learning what people out there think. I was there on September, 11th, 2001, and when I finally got back to America a few years later, I had a freshly inspired love of this country which I set about fortifying with a self-education in history and philosophy. Got my radio career started in 1979 at age 19, playing George Jones and Barbara Mandrell on a good old country station, and finished it a few years ago with three years of a conservative talk show in Tampa/St. Pete and Sarasota, Florida. I am clear on human nature, strong on freedom, a Christian constitutionalist conservative in the best senses of all three… and they are in the proper order.

Lived in Perth, Western Australia for several of my childhood years, grew up in Texas and several other states, moved to Belgium at age forty and spent several years seeing the rest of the world and learning what people out there think. I was there on September, 11th, 2001, and when I finally got back to America a few years later, I had a freshly inspired love of this country which I set about fortifying with a self-education in history and philosophy. Got my radio career started in 1979 at age 19, playing George Jones and Barbara Mandrell on a good old country station, and finished it a few years ago with three years of a conservative talk show in Tampa/St. Pete and Sarasota, Florida. I am clear on human nature, strong on freedom, a Christian constitutionalist conservative in the best senses of all three… and they are in the proper order.