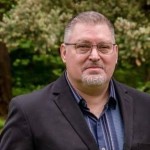 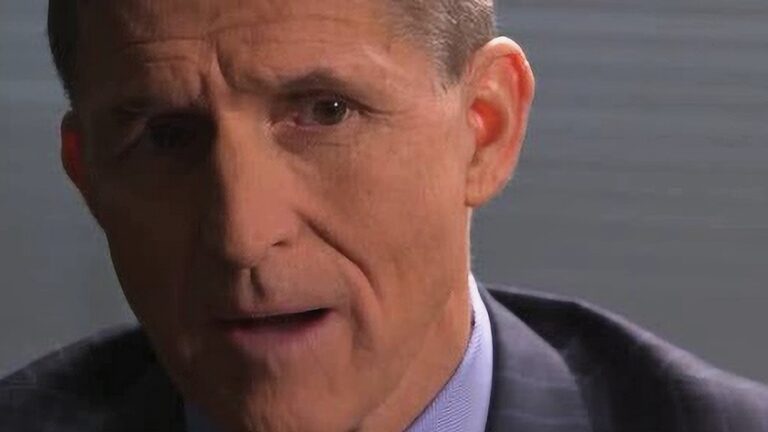 On Thursday, March 10, Gen. Michael Flynn (Ret.), former security advisor to President Trump, testified before the United States House Select Committee on the January 6 Attack, pursuant to a congressional subpoena. Flynn repeatedly invoked the Fifth Amendment, asserting his right not to “protect himself from the Constitutional overreach of this Committee,” as his lawyer, David Warrington, said in a statement. Warrington noted one of the main functions of the Fifth Amendment is to “protect the innocent who otherwise might be ensnared by ambiguous circumstances.” He rejected the January 6 Committee’s apparent inference of Flynn’s guilt by invoking his constitutional rights, and noted disturbing and potentially unconstitutional behavior by the committee. The full statement, issued by the Dhillon Law Group, reads:

“General Michael Flynn appeared before the January 6th Committee today in compliance with their subpoena and, on advice of counsel, exercised his 5th amendment right to decline to answer the Committee’s questions. This privilege protects all Americans, not just General Flynn. According to the Supreme Court, “no implication of guilt could be drawn from [one’s] invocation of his Fifth Amendment privilege…” because “one of the basic functions of the [Fifth Amendment] privilege is . . . to protect the innocent who otherwise might be ensnared by ambiguous circumstances.” Grunewald v. United States, 353 U.S. 391, 421 (1957) (citations and internal quotation marks omitted).

During the deposition, Committee staff insinuated that General Flynn’s decision to decline to answer their questions constituted an admission of guilt, consistent with the inaccurate similar statements of the Committee Chair about invocation of the 5th Amendment. The Committee’s view that the invocation of the 5th Amendment is an admission of guilt is in conflict with nearly 250 years of American jurisprudence and represent a disturbing denial of the meaning and existence of this vital Constitutional right.

The Committee has asserted in recent court filings that the activities it is investigating comprise a criminal conspiracy. Committee members have publicly urged the Department of Justice to prosecute the witnesses compelled to appear before the committee, and there are active, ongoing federal criminal investigations and prosecutions into the same matters before the Committee. This establishes without question that the 5th Amendment applies with full force and effect to the Committee’s questions posed to General Flynn.

Further, General Flynn’s invocation of his constitutional rights is presently before a federal court in the ongoing case General Flynn filed to protect himself from the Constitutional overreach of this Committee.  The Committee’s insistence on proceeding with this deposition while this matter is still being litigated left General Flynn with no other choice.

The Committee’s decision to depose General Flynn while these issues are before a court was little more than political theater designed to set up a false narrative based on the Committee’s wrong view of the 5th Amendment.  Most of the questions lacked any relation to the legislative purpose contained in House Resolution 503, and many were clearly sourced from fringe news and conspiracy websites and rumors.  No American should have to endure such harassment by the legislative branch of our government.”

In November, the Jan. 6 committee issued a subpoena to Flynn for information regarding a December 2020 Oval Office meeting he allegedly attended where those present discussed several matters pertaining to unsubstantiated claims of election fraud.

“You reportedly attended a December 18, 2020, meeting in the Oval Office during which participants discussed seizing voting machines, declaring a national emergency, invoking certain national security emergency powers, and continuing to spread the message that the November 2020 election had been tainted by widespread fraud,” Committee Chairman Bennie Thompson (D-Miss.) wrote to Flynn in November.

“The day before, you did an interview on Newsmax TV during which you talked about seizing voting machines, foreign influence in the election, and the purported precedent for deploying military troops and declaring martial law to ‘rerun’ the election,” he continued.

In December, Flynn fought back against the committee’s subpoenas for his personal phone records and testimony, suing the House panel and claiming in his lawsuit that he “faces the harm of being irreparably and illegally coerced to produce information and testimony in violation of the law and his constitutional rights.”

The day before he testified before the January 6 Committee, Flynn published an article at his website warning of a “cold, dark monster” threatening the United States.

The article said, in part:

Despite what the media propaganda machines tell you, we are not living in a time of peace. We are in the midst of war. While this war does not recognize national boundaries, it is not yet a hot war for America. But guaranteeing our survival is as age-old as other times throughout our history. The basic domestic and global strategy remains the same. In fact, guaranteeing the survival of the free world, principally the United States of America, contains two basic elements.

First, we must stop the process of self-surrendering to the tyranny of our government and the global institutions trying to impose their will on our freedoms. Second, we must encourage, support and sustain those who are champions for the very liberation of our society and our institutions.

For every American citizen to act as a counterweight to the theft of our rights and liberty, we must engage in our country at every level. Getting involved in one’s local community is a must. Local action absolutely has a national impact. We — the ordinary citizens of our time — represent millions of freedom-loving Americans standing against the trillions of dollars in elite wealth. We will win the day if we follow a simple set of principles.

Jeff is the author of the book, Behind the Curtain: Inside the Network of Progressive Billionaires and Their Campaign to Undermine Democracy, available at www.WhoOwnsTheDems.com.

Jeff is the author of the book, Behind the Curtain: Inside the Network of Progressive Billionaires and Their Campaign to Undermine Democracy, available at www.WhoOwnsTheDems.com.