Fentanyl is now a Weapon of Mass Destruction

On July 18, 2022, Florida Attorney General, Ashley Moody sent a letter to President Joe Biden requesting that he classifies fentanyl as a WMD (weapon of mass destruction) which would allow more federal agencies to respond to the problem.

Texas Gov. Greg Abbott (R) just one-upped her.  On September 21, 2022, Gov. Abbott stated that he signed an executive order declaring the Mexican cartels and their supporters, terrorists.  This action will allow law enforcement to go after local gangs under different laws.  It will allow law enforcement to arrest, detain, and charge the smugglers and local dealers as terrorists, it will also allow law enforcement to seize money and assets.  Most of the fentanyl is actually imported to Mexico from China and then smuggled into the United States.  Lately, there have been seizures of fentanyl in bright colors (street name of skittles), aimed at children and teens.  Gov. Abbot has also sent a letter to President Biden requesting that the United States follow suit and declare the cartels and their supporters as terrorists. 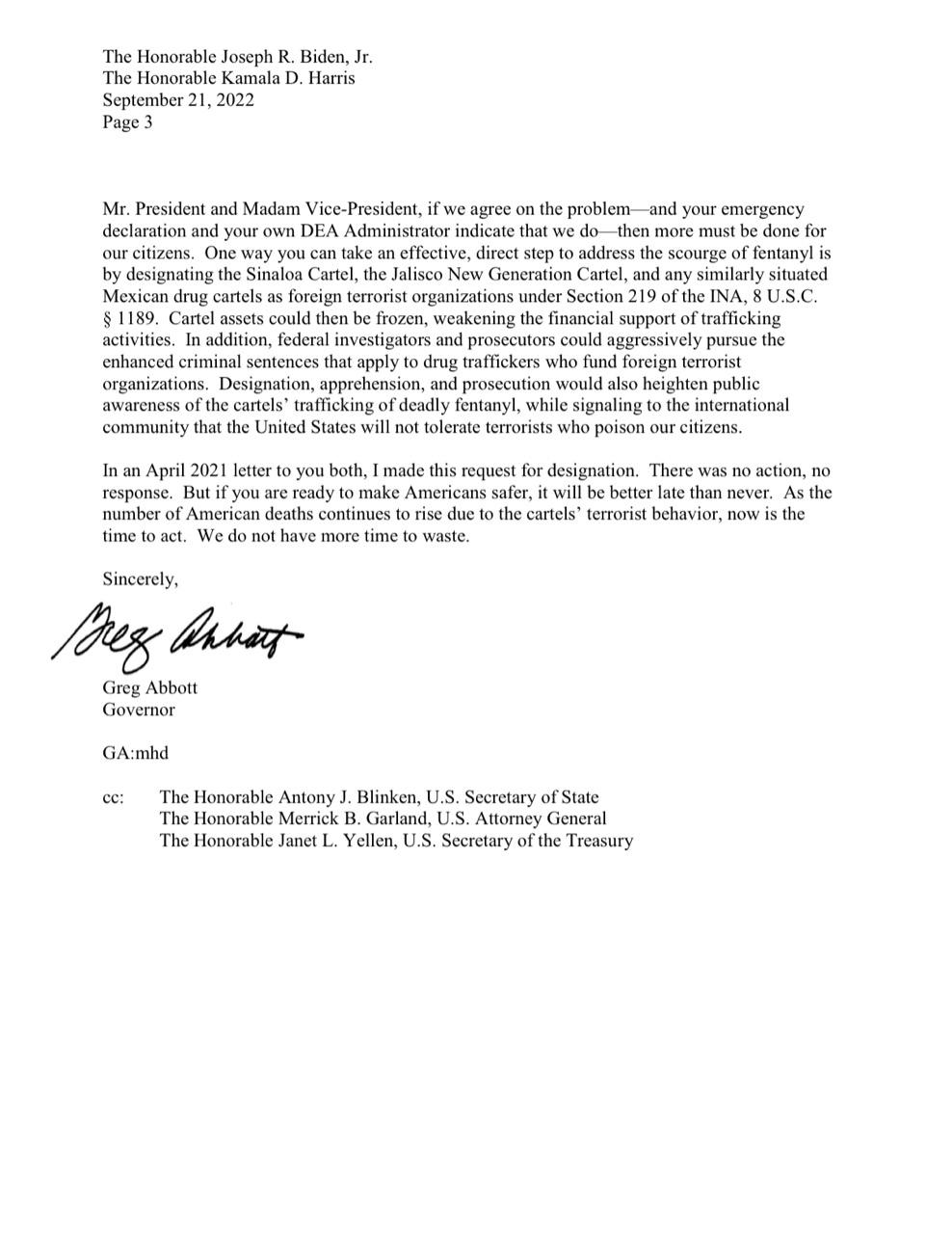 Fentanyl is a synthetic opioid that is 50 times stronger than heroin 100 times stronger than morphine. However, most recent cases of fentanyl-related overdose are linked to illicitly manufactured fentanyl, which is distributed through illegal drug markets for its heroin-like effect. It is often added to other drugs because of its extreme potency, which makes drugs cheaper, more powerful, more addictive, and more dangerous.