Two of the foundations that this country is built on, is the trust that the judicial system and the voting system are both fair and that they are both impartial. This story touches on both of those beliefs. If people lose faith in these foundations, then the United States of America is doomed to follow in the footsteps of other countries through history that have failed and disappeared. The American people deserve to have an impartial Judicial system and an accurate untampered with voting system.
On August 18, 2022 Patrick Byrne, (Former owner of Overstock.com) Filed a motion with the United States District Court, Southern District of Florida, to intervene to unseal the Mar-A-Largo search warrant. A private process server was hired by Mr. Byrne to present the motion to the court. The process server confirmed that they printed the 9-page document and that the 9-page document was delivered to the court. For some reason only the first page of the motion was stamped before it was scanned into PACER (Public Access to Court Electronic Records). The motion was then scanned into the PACER system, except for pages 6 and 7 which included sworn testimony from Mr. Byrne about his meeting in the Oval office with President Trump and the legal advice to President Trump from White House General Counsel. The White House General Counsel advised President Trump that power has been exerted upon completion of the final act. The next omitted page discussed a very well-known Supreme Court case that was directly on point. The case law exculpates President Trump and his declassification of documents that were the target of the FBI raid of Mar-A-Largo.

Somehow, in between the time that the private process server filed the 9 (nine) pages of the motion to unseal, and it was uploaded to PACER, the most important Facts and law were omitted. The very next day Mr. Byrnes motion was Summarily denied, stating that the medias motion adequately represented Byrnes interest. The 9 pages that were filed by Mr. Byrne were all numbered and when reading the motion as the Judge received it, it should have been obvious to anyone reading the motion that all the pages weren’t there. Was it even read before being denied? The courts ruling is final, which means that Mr. Byrne cannot refile his motion and Mr.Byrne can no longer get this information before the court for consideration.
The courts need to be held accountable.

The Judicial branch of The United States of America is supposed to be impartial and apolitical. When the American people lose trust in that impartiality and begin to feel that the judicial system is corrupt the Republic in which we live and which we love, will be doomed.
The Motion in its entirety is shown below. Pages 6 and 7 were not scanned into PACER and were not read by the Judge before the motion was denied. Read it through for yourselves and then read it and skip pages 6 and 7. It would be obvious to anyone that pages are missing. 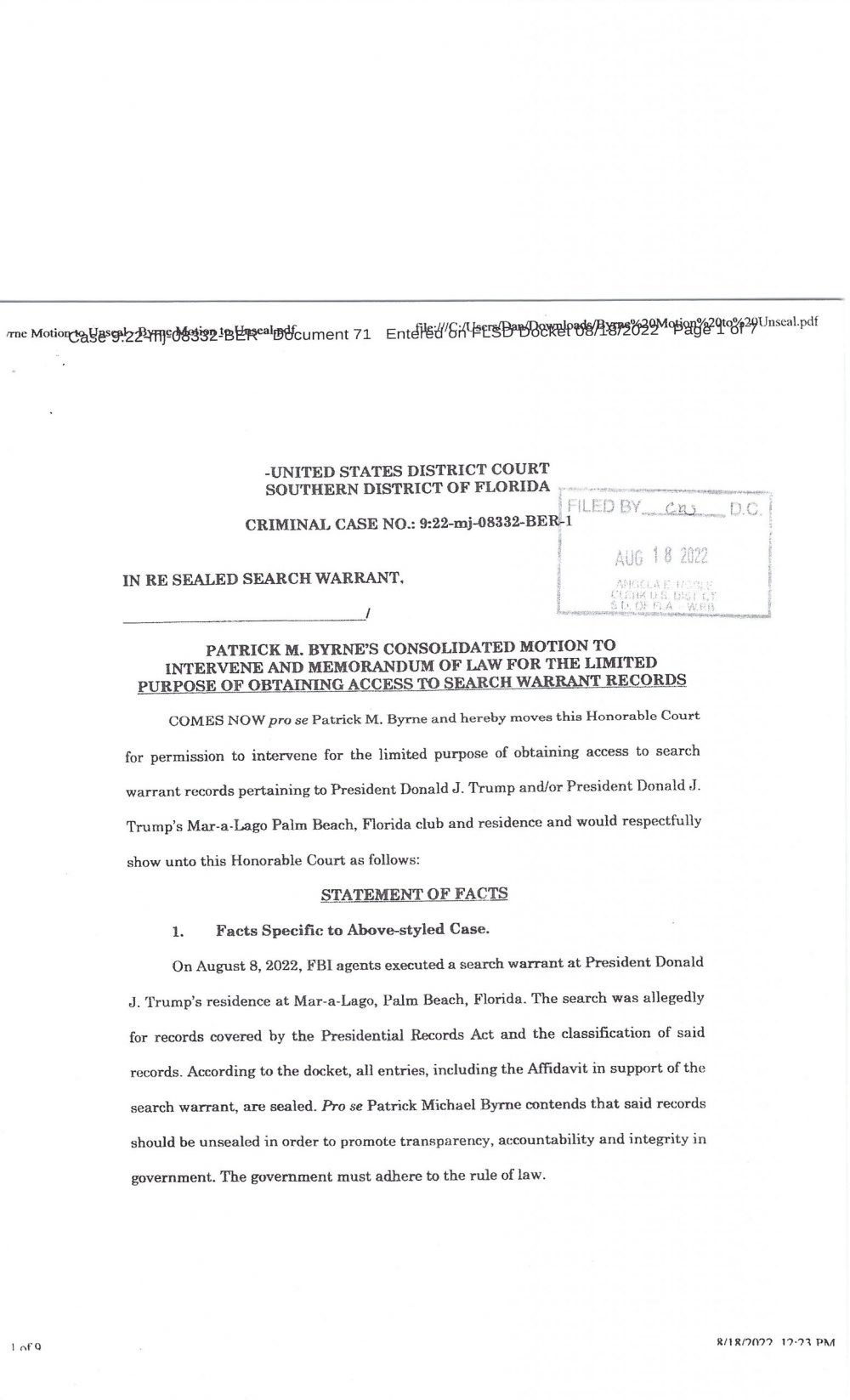 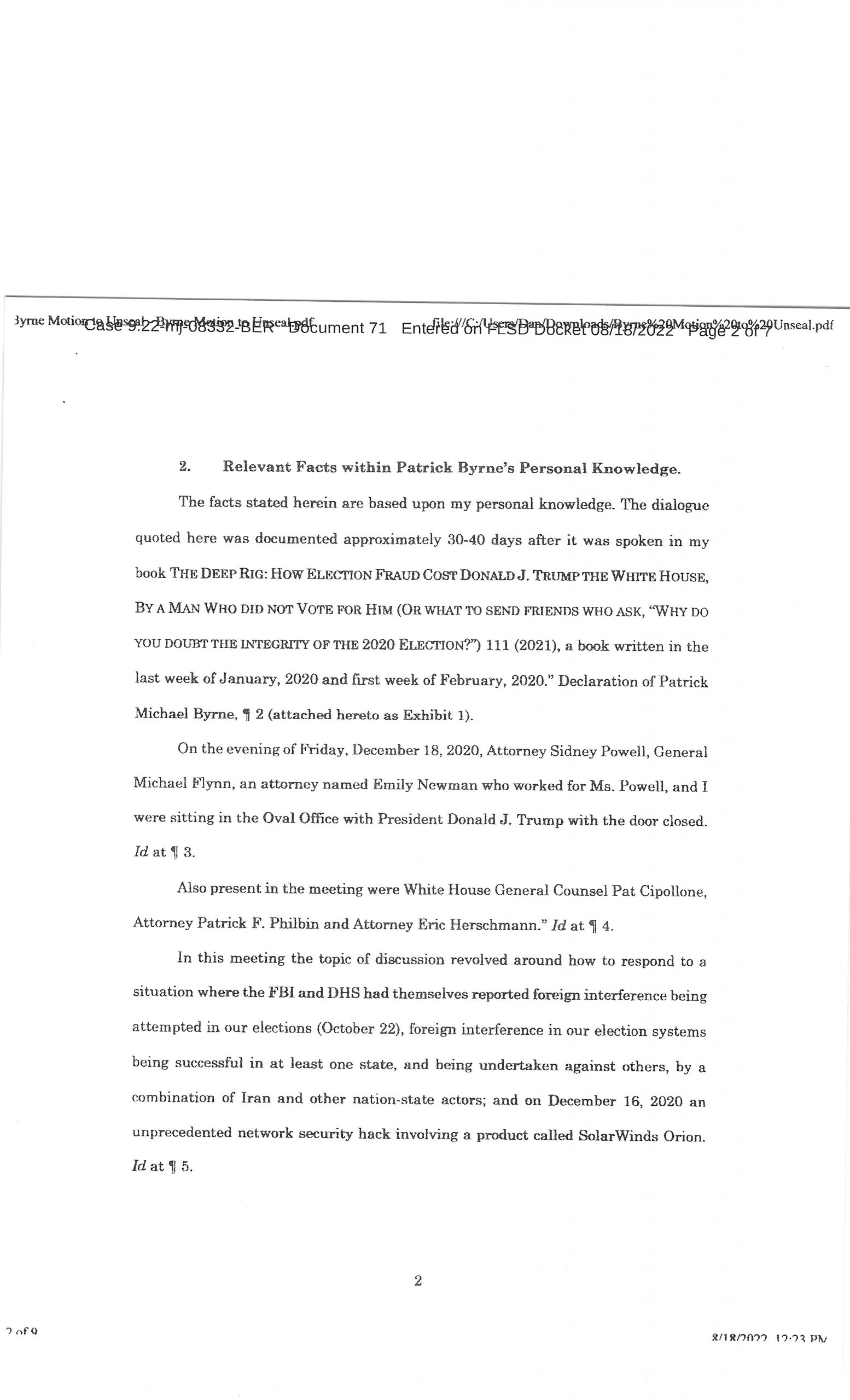 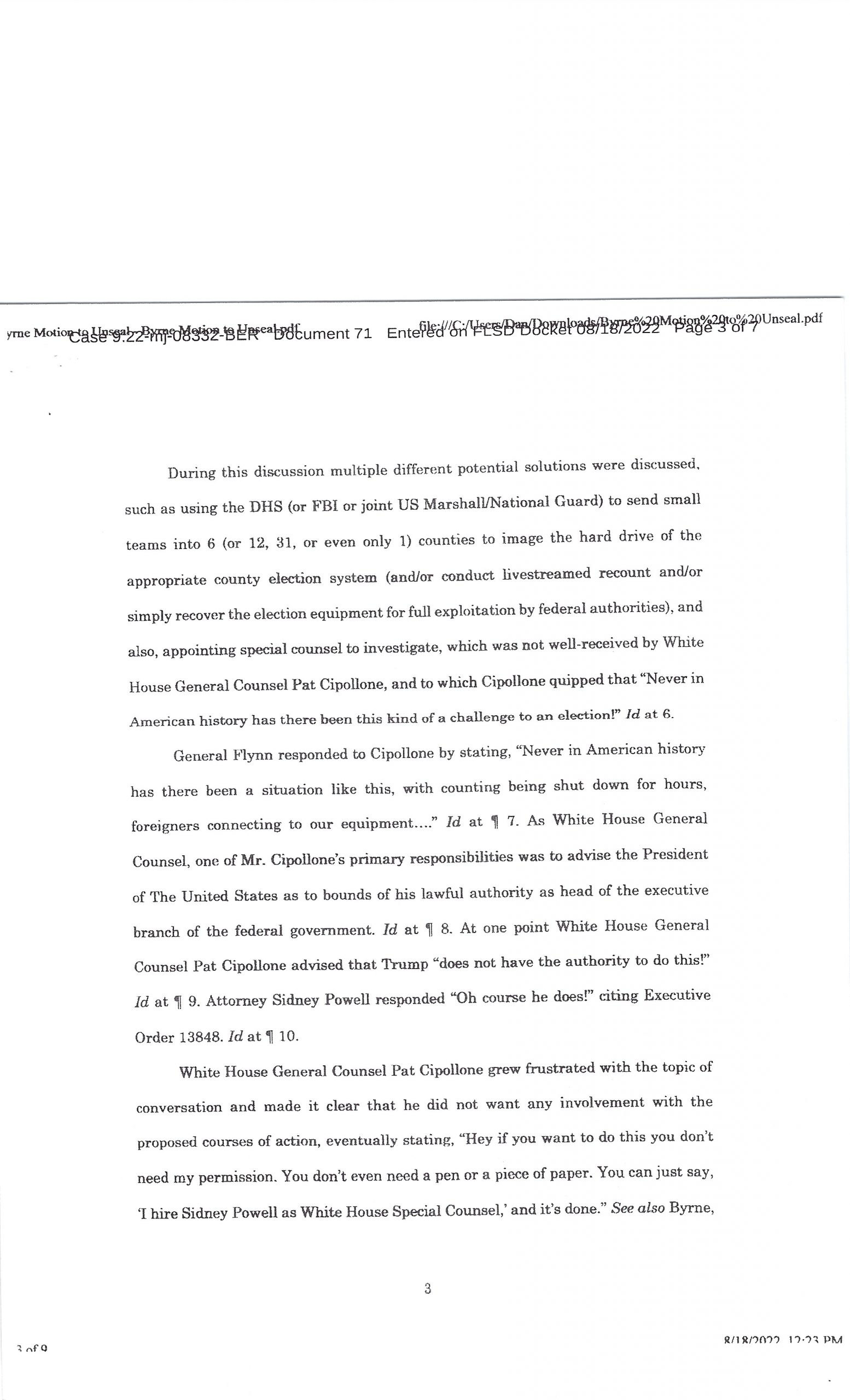 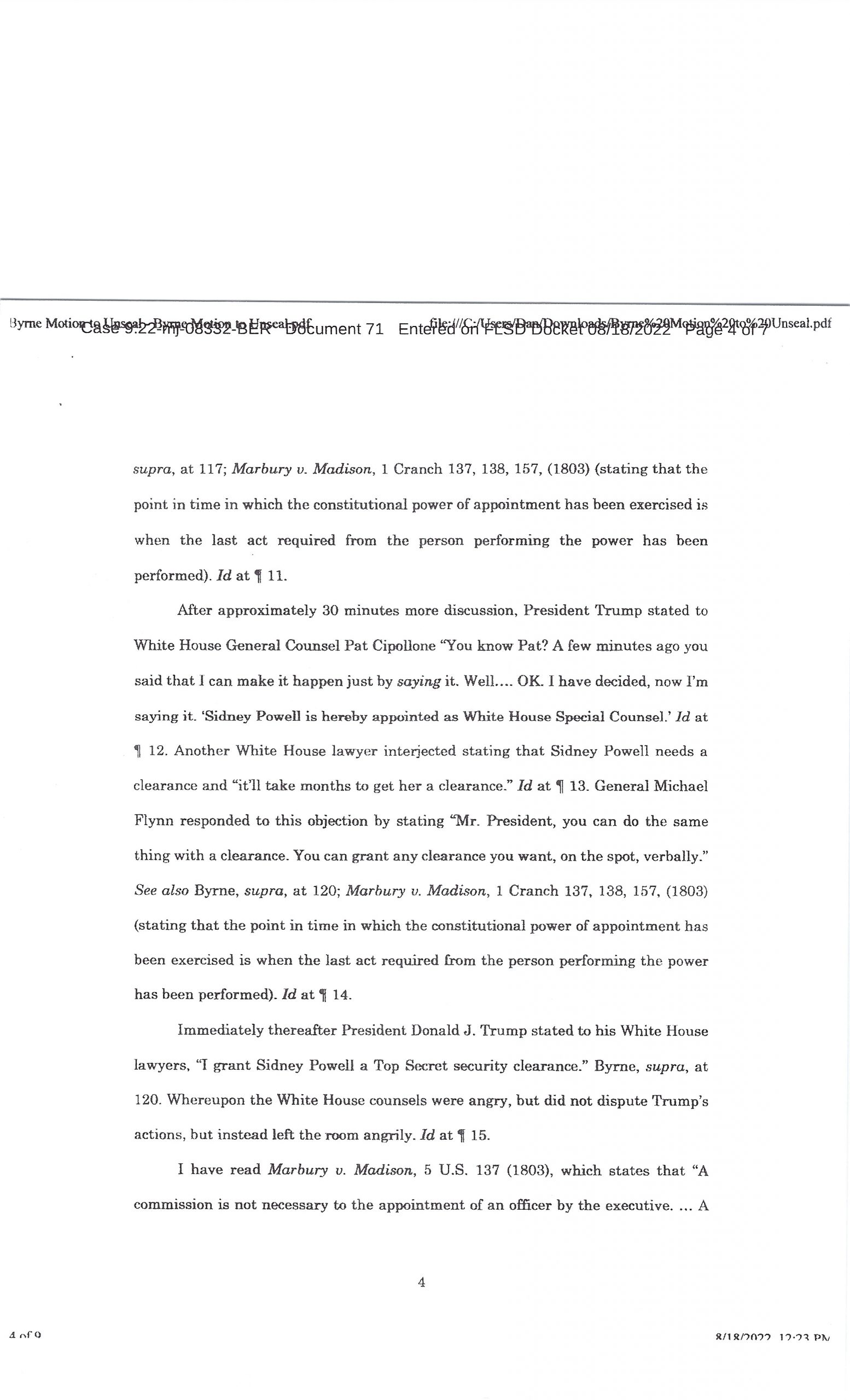 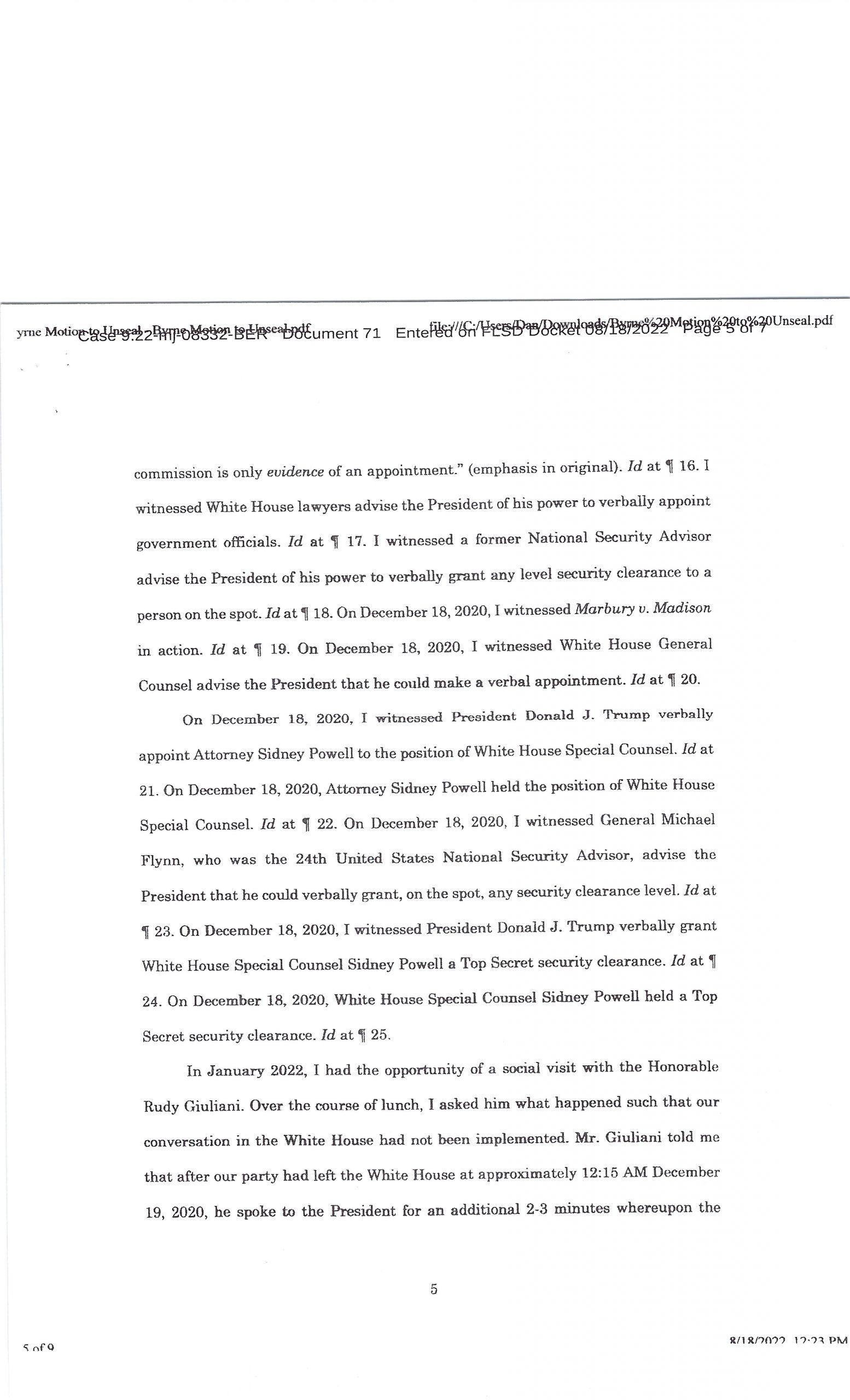 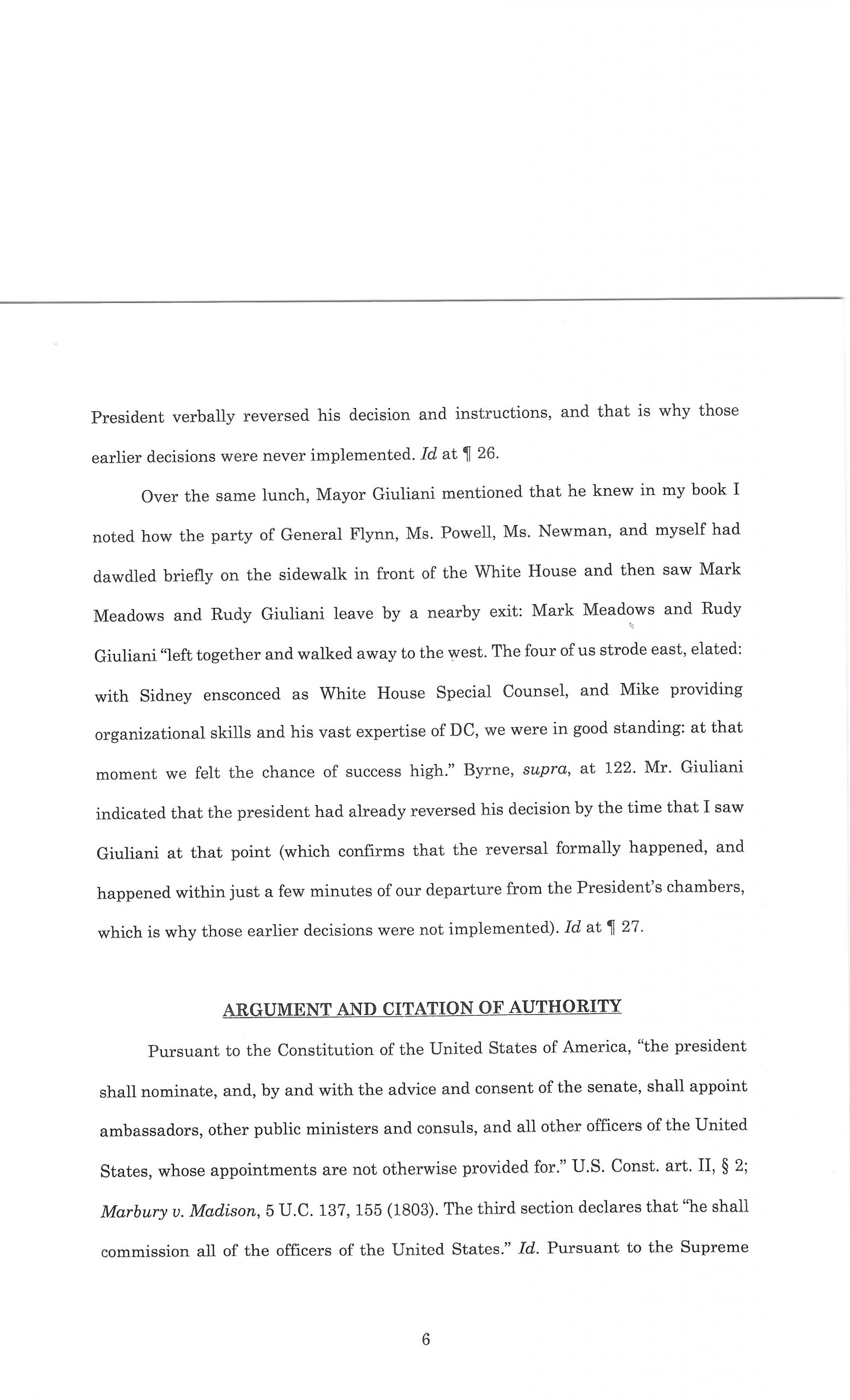 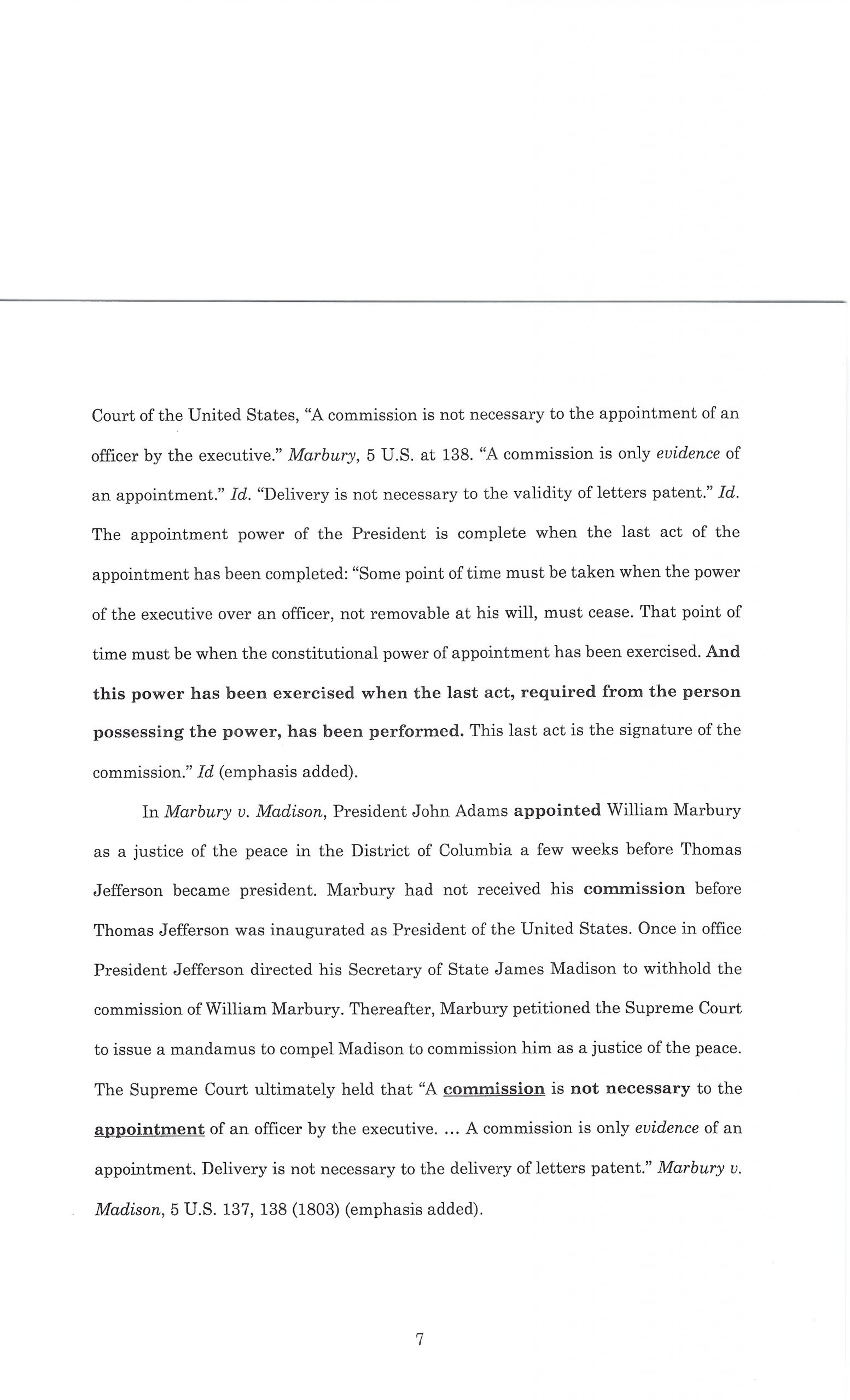 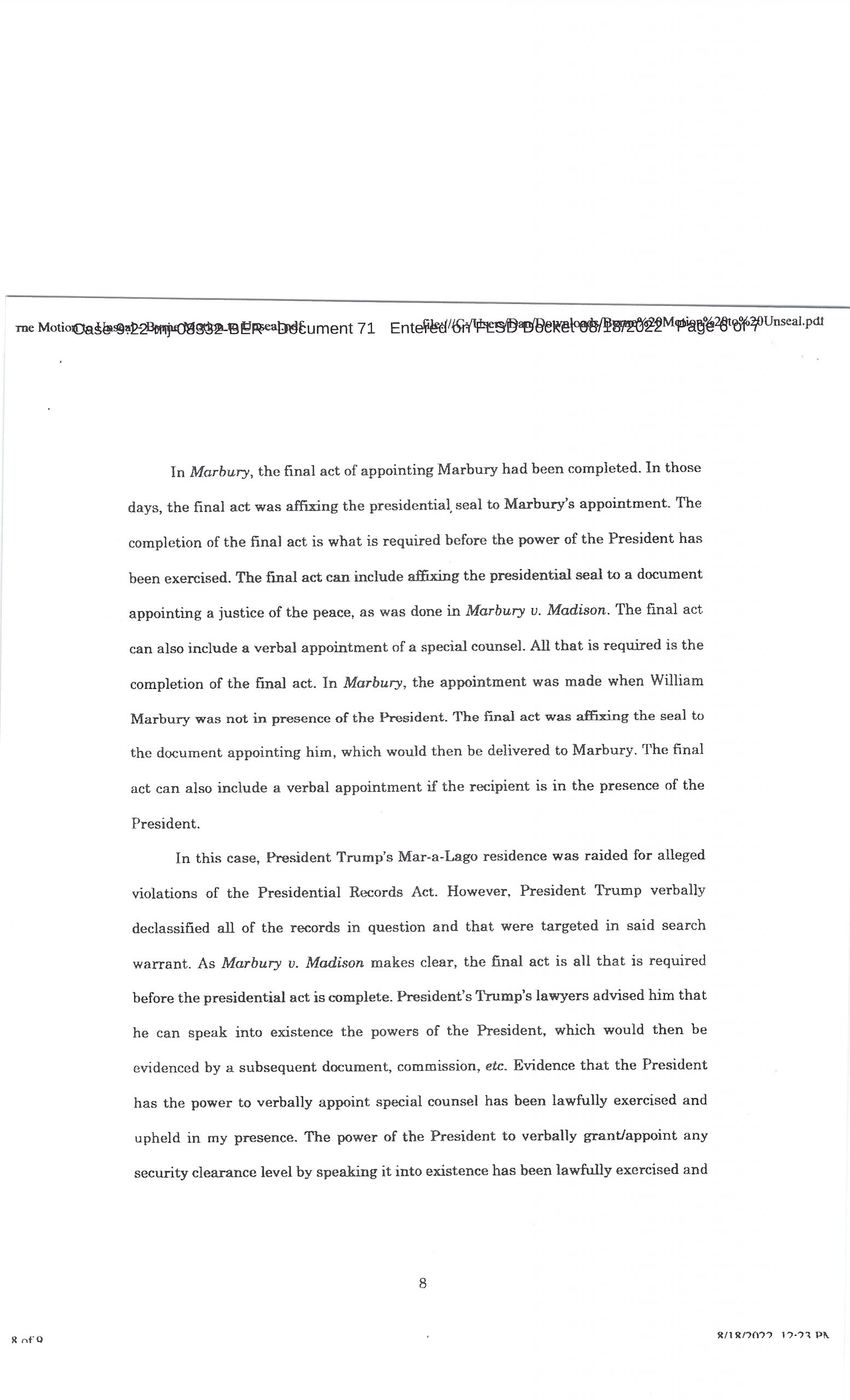 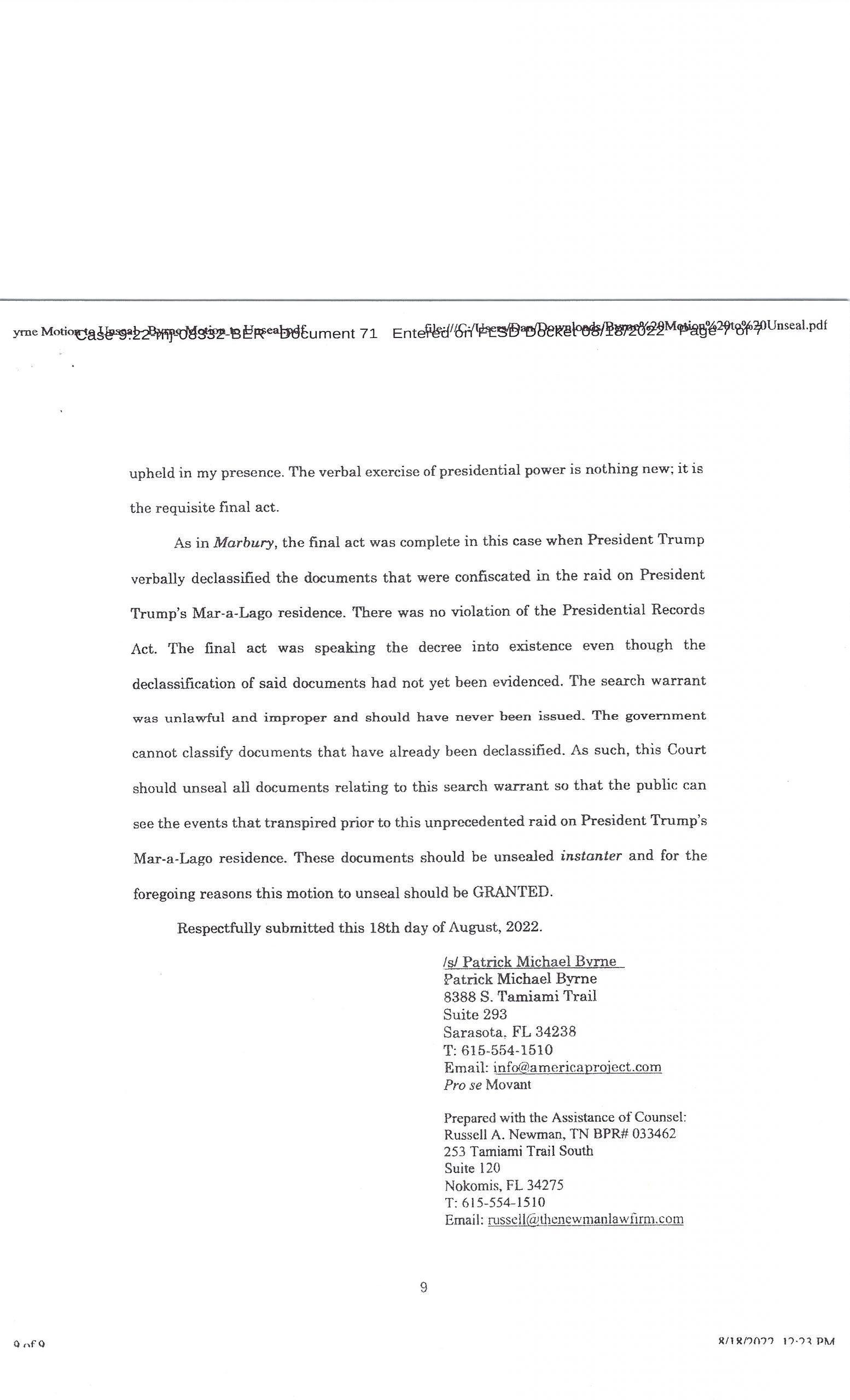